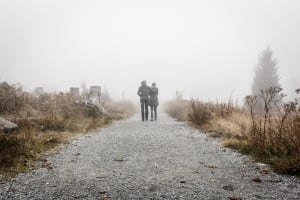 There it is. The compassion and humanity of the Father demonstrated through a human being we can actually relate to. Jesus shows us that both meeting others in their grief, as well as believing in the hope of restoration, promises yet to be fulfilled, and resurrection of things lost, is important.

Tomorrow night is beginning of Passover for 2016. As we begin this annual journey towards Easter again this year, I can’t help but think- what was Jesus doing leading up to Passover when He walked the earth? The answer can be found in John, chapter 11. He had just received news that His dear friend Lazarus was sick and dying. Lazarus was in Judea, where Jesus and His disciples had just left after suffering much persecution; “”Rabbi,” they said, “a short while ago the Jews there tried to stone you, and yet you are going back? (John 11:8).” Jesus was moved with compassion for the suffering that His friends’ sisters were experiencing due to the death of their brother, Jesus’ beloved friend, which He was able to divinely forecast. Here is the next interaction between Jesus and His friends: “Our friend Lazarus has fallen asleep; but I am going there to wake him up.” His disciples replied, “Lord, if he sleeps, he will get better.” Jesus had been speaking of his death, but his disciples thought he meant natural sleep. So then he told them plainly, “Lazarus is dead,” (John 11:11-14). Jesus decided to do the inconvenient and risky thing- to return to Judea and face probable death-threats, mistreatment, and harassment from His adversaries. Why would He do that? Let’s journey through the rest of the story.

In verse 23, Jesus makes this confident statement, “Your brother will rise again.” Yet, in verse 35, “Jesus wept.” Sitting with Mary as she shed tears and cried out in her pain, verse 33 tells us, “[Jesus] was deeply moved in spirit and troubled.” Jesus was certain that Lazarus would be resurrected, but responded to the stirring in His heart with compassionate weeping. Jesus stayed in the moment with them. He doesn’t say foolish, unhelpful things like, “He’s in a better place” or “Everything happens for a reason” or “At least he…” Jesus simply stayed present and cried with them, no words were necessary. Jesus wept not due to unbelief or despair, but because He was brimming with such deep, profound love. Do you understand the difference?

Jesus shows us that meeting others in their grief is one of the most loving, vulnerable decisions we could ever make. He acted with an others-focused, kind selflessness and wept in response to the love and affection that He felt towards His suffering friends. We need to learn something from Jesus’ example. I believe this is the take-away: choosing to have hope and expecting miracles in the face of loss and suffering is important, but it does not mean we are permitted to minimize or downplay the deep grief and pain that may also be present.

Easter serves as a reminder of this process, for me. Every year, although I know with certainty of Jesus’ resurrection, I still grieve deeply at the foot of the cross as I stare the abuse, pain, and death He suffered in the face. I feel denial at times, overwhelming sadness, and even anger as I reflect on His torment, trauma, and agony. As I watch the Passion of the Christ, my heart churns as I attempt to place myself in the shoes of Jesus’ mother and best friend kneeling in the muddy, bloody dirt of Calvary. Yet, on Easter morning, when we welcome Him back from the dead and celebrate the restoration of life, I feel the healing, the return of hope… and I rejoice once again!

As we grow in love and relationship with others and encounter suffering and loss… let us remember the importance of staying present and “entering in” to the pain with our friends and family while maintaining a “confident hope” (Romans 15:13) in the miraculous and resurrection power of God.