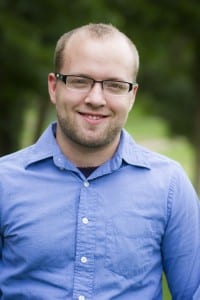 It’s not even a day after one of the most disappointing and upsetting games I’ve ever watched– if you can call it a game– and I have to confess I’m not over it. It seems so petty to have cared so much, and yet if I’m honest with myself I can’t seem to completely shake it. The thought of the unprecedented collapse of our record-setting offense still burns. Somewhere down deep I was personally invested.

I know that I’m not the only one that emotionally had a lot at stake in this game. The entire city seems to be suffering from a Super Bowl hangover today. Today I have heard stories of grown men crying, of people punching holes in walls and breaking phones from throwing them in anger. And while I’m happy to say I didn’t go to those extremes, I get it. The past several weeks it’s been exhilarating to see the city support our Broncos. To come together. United in orange. To be a part of something bigger than just me. To get behind a team. Behind a common cause. To hope and believe in greatness.

As I was trying to process what was going on last night, I began to realize that there was a sense of loss that went far deeper than just the game I struggled to watch. On paper my life is no different today because the Broncos got throttled last night. My wife and kids are safe. Our home continues to be full of life and love. Our financial situation did not change. My job is still secure. Nothing of great importance was at stake. Sure there is the ribbing I have to take by a few family and friends whose teams were knocked out well before mine. But beyond putting up with a few obnoxious jokes, life is the same. I knew this and yet the ache continued. The frustration and anger still persisted no matter how much I reminded myself that at the end of the day a bunch of millionaire, adult men got beat at a game. A game.

The same questions kept coming up: Why can’t I shake this? What else is going on here? So because I was too angry to fall asleep, I got out my journal and decided to write in an effort to get out some of my frustration.

What came out honestly surprised me. As a professional counselor I am trained to recognize what’s going on underneath the surface for my clients. But often I go through life blind to what I’m carrying. The truth is the Broncos defeat in a game– an important game but a game no less– brought up a lot of struggles and pain that I have been wrestling with lately. It touched and ignited many feelings of failure and defeat from recent losses I have experienced and have been carrying both personally and in the lives of clients and loved ones whose stories are entangled in my own. The collapse of my beloved Broncos was just the most recent experience of a failed hope or lost dream. The most recent reminder that the world is not as safe or desirable as I would like for it to be.

The truth is once I realized this it helped a great deal. I was able to gain some perspective. To zoom out of the immediate hurt and see the larger story that I was a part of. I was able to see this loss for what it was. The loss of a game. Again a meaningful game but a game no less. It allowed me to examine other pains I have been carrying and to begin to let go of these. In the end the Broncos defeat was able to have some redemptive purpose for me. Although if I’m being honest, I would still take the Lombardi trophy and the Super Bowl parade tomorrow.