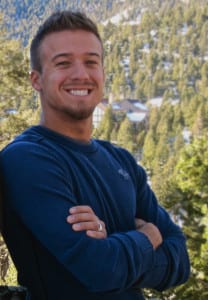 “Forget inspiration. Habit is more dependable. Habit will sustain you, whether you’re inspired or not… Habit is persistence in practice.” -Octavia Butler

When moving into a new season of life, we must train to become self-disciplined in order to be fully-devoted. In the case of a new life with Jesus, whether committing for the first time or re-committing ourselves, we need to train holistically in order to be “in shape” to run the race that lies before us. In 1st Corinthians 6: 19-20, Paul writes to the Christian community in Corinth who had fallen into a variety of serious moral errors: “Don’t you realize that your body is the temple of the Holy Spirit, who lives in you and was given to you by God? You do not belong to yourself, for God bought you with a high price. So you must honor God with your body.” In other words… why aren’t you taking your physical, mental, emotional, and spiritual health seriously? Paul is not seeking to condemn these people for their behavior, but rather to highlight the importance of gratitude for, good stewardship (management) of, and training for our bodies. There is no athlete in any major or minor league in any sport that has found themselves there out of luck or happenstance. These men and women train their minds and bodies daily, repeatedly, sacrificially in order to even be eligible for teams of this caliber. Those who are chosen to compete are expected to maintain their regiment for health in order to steward the opportunity they have been given.

It may be easy to hear words like “train” or “regiment” as it is related to spiritual growth and health and get caught up in conversations/debates where words and phrases such as “works-based,” “ritualistic,” or “earned salvation” get thrown around. These are long-held perspectives, but it is not at all what is taught in the Word. Many people are participating in the observance of “Lent,” which is the 40 days leading up to the celebration of Jesus Easter resurrection.  During this time, people can get very caught up in ritual, performance, restriction, and ironically, “self-focus.” The point of “giving something up for Lent” is to draw nearer to God, to fast from things that distract you from full devotion, and to reflect on and work towards our identity in Him. Rather than chocolate, alcohol, or Facebook- how about giving up impatience, bitterness, guilt, gossip, excuses, or pride?  These things will have eternal consequences.

Grace is a gift that we have been given to turn away from self-destruction and “unhealth” and towards freedom & holistic fitness. A few chapters after the plea to look at our bodies differently and to see them as the place where God chooses to dwell- Paul shares more wisdom about discipline and the rewards that it brings. In chapter 9:24-27, Paul makes this statement:
Do you not know that in a race all the runners run, but only one receives the prize? So run that you may obtain it. Every athlete exercises self-control in all things. They do it to receive a perishable wreath, but we are imperishable. So I do not run aimlessly; I do not box as one beating the air.  But I discipline my body and keep it under control, lest after preaching to others I myself should be disqualified.
There are a few important truths in these sentences. He says we should exercise self-control; moderation is a form of training that requires restraint and the suppression of the urge to overindulge in food, alcohol, opinion-giving, complaining, media-intake, and many other issues. He also says ‘don’t run aimlessly;’ run with direction, assurance, purpose, meaning, certainty, and future-focus. The athletes in the life and time of Paul ran the race to win a laurel-wreath which they would wear like a crown (comparable to the metals and trophies of winning athletes today). These were simply made of interlocking leaves and branches and would wilt and die by the end of the day. This is a grand metaphor for the temporary pleasures that are gained through striving in this world. Victories in our daily lives are often short-lived. That is why the next statement Paul makes carries so much power: “But we are imperishable…” This implies that the heavenly crown of victory that we will receive is enduring, undying, and permanent! Wouldn’t you much rather be a reigning champion hall-of-famer than a short-lived victor?

Putting this into practice:
– Focus your eyes on the finish line
– Train through discouragement, hurt, failure, and disappointment
– Learn from discouragement, hurt, failure, and disappointment
– Ask God to help you identify habits you need to build up in your life so that you can gain momentum & persistence
– Surround yourself with people who will cheer for you/support you
– Give God glory for the victories in your life

“Self-control is really about bringing our whole life under the Holy Spirit’s control. It is not the outward result of self-repression but rather the inward result of the Spirit’s work.” -Jerry Vines, SpiritFruit