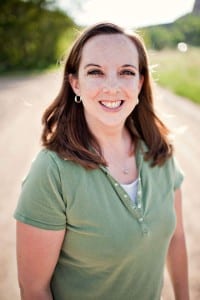 Is anyone else recovering from the hustle and bustle of the season?

The presents have all been given, the family has traveled home, the Christmas tree is officially down (lights still up due to the potential of sliding off the roof), and the recovery process has set in.  You’d think that years and years of this same process would have yielded a path to recovery that runs smoothly, however, it has yet to do so…

I thought that maybe making some resolutions would be helpful – so I made a list and checked it twice (yikes, told you I was still recovering) and very carefully tried to resolve to myself to be better in 2014 than 2013.  Seven days into it, and no steps have been taken in this direction.  Anyone feel my pain?

I tried cleaning and organizing my house, doing some laundry, and restocking the refrigerator.  This was practically helpful because we need to eat and have clean clothes to wear, but the lasting effectiveness of this wore off quickly as it was only 2 days later when there were toys all over the floor, the laundry pile had mounted, and the fridge was empty.  Again.

My efforts to recover were not “wrong,” they just left me unsatisfied.  So, that all lead to a process of self-examination – partially in an effort to avoid the mounting pile of laundry, but mostly because it’s necessary for personal growth.  In this process I have discovered that I was hoping for something after the holidays that was about me, and I was left longing.

So much time spent in the holidays was about everyone else – the gift buying, the decorating, and the family time.  The efforts after the holidays were also about others – making sure the family had clean socks to wear and food to eat.  But what about me?

On one side of this, there could be something to be said about self-care in stressful situations – so jot that down on the to-do list for the next holiday season.  Make time for myself, do things that bring joy, work out, eat well, and maybe even get a massage.

I obviously am an advocate of self-care, but maybe the issue runs deeper – IT’S NOT ABOUT ME.   When I think about the one whose birth we just finished celebrating, that is the message.  He left eternity to have His diaper changed; it certainly was not about Him having His selfish longings met.

So what then is the only thing that helps the recovery process – or maybe even goes as far as changing the perceptions on the things we need to recover from? Him and His ways of loving and sacrificing for others.  So then, that becomes the quest for 2014 – how to pursue Him and His way of living? I can’t think of a better resolution – or revolution maybe.

Editor’s Note: Sometimes before we can love and sacrifice for others, there are things that we have to take care of for ourselves.  There’s no shame in that!  If you, your marriage, or someone you love could benefit from time that is set aside to work through some of life’s “stuff”, we would be honored to partner with you in your counseling journey.  Please call us for more info!