Put on your Easter Best: Humility 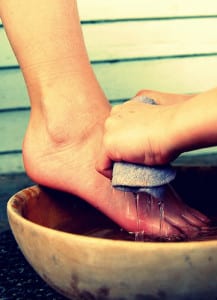 “A great man is always willing to be little.” -Ralph Waldo Emerson

Easter is this Sunday! The truth is, we should be reflecting on the character of Christ daily, and seeking to imitate Him in the way we live our lives and interact with others. But, don’t let this Easter pass without taking some time to consider one of the most important character traits of Christ: Humility. God expects us to acquire the same humility as Christ!

I led our church’s men’s group this week, and we did a Bible study on the same subject. Here are some words and phrases the group used to define humility:

Celebrates the successes of others

Aware of own weaknesses

Under the authority of Christ

The group did an awesome job of coming up with traits and descriptors for this thing called Humility. Another great teacher, Kris Vallotton from Bethel Church points out these 15 Attributes of Humility. There is some overlap with our group list, but these are too important exclude:

3- You can be corrected w/out getting defensive.

4- You rejoice when others are celebrated.

7- You naturally seek the advice of others.

8- You actually do pray.

9- You freely admit your flaws, mistakes, and failures.

10- You live to help others succeed.

11- You are not easily offended.

12- You have thankful attitude.

13- You don’t live with a sense of entitlement…you don’t feel like any one owes you something.

14- You are quick to forgive and you don’t hold grudges.

15- You are confident in who you are and content with who you’re not.

This foundational, powerful trait is crucial for you and I to have in order to be able have influence in our world! This is not something that is reserved for a few select individuals; this is a trait that you can grow in and acquire. Colossians 3:12 makes this statement: “Since God chose you to be the holy people he loves, you must clothe yourselves with tenderhearted mercy, kindness, humility, gentleness, and patience.” Growing in this area is about “putting on” the garment of humility every day, even though “Pride” might seem more “comfortable.” Luke 2:52 says that even Jesus, “grew in wisdom and maturity. He gained favor from God and people.”

It’s important to note the difference between the humility we defined above, and “false humility” which is a counterfeit that is not only unfulfilling, it is destructive. False humility is focused on putting yourself down (self-deprecation), choosing to engage in behaviors in order to get attention, it is “showy” and can be very manipulative. It is a form of Spiritual Pride (different that being proud of yourself for an accomplishment). This characteristic is dangerous and makes statements like, “God, I don’t believe that what you say about me is true, I choose to believe I am less.” Whenever you exalt your perspective over God’s perspective, you can be sure that there is Pride present. God says you are adopted, chosen, son/daughter, heir (Romans 8:17); how can you learn to live from out of that revelation?

Side Effects of Humility?

Our motivation to demonstrate humility should never be focused on “what we can get out of it,” but there are certainly positive consequences. The most important side effect of humility is that others feel the love of God. It’s great to be talented and skilled educated and experienced but a person who lacks these advantages and embraces humility is more likely to be promoted. Your less-qualified co-worker may get chosen for a position that you have more experience in on paper, simply because they exhibit a greater sense of humility and honor; they are easier and more pleasing to work with. Humility ushers in promotion!  Luke 14:11 states, “For everyone who exalts himself will be humbled, and he who humbles himself will be exalted.”

Here are some instructions based on the way Jesus did it:

“Let this same attitude and purpose and [humble] mind be in you which was in Christ Jesus: [Let Him be your example in humility:] 6 Who, although being essentially one with God and in the form of God [possessing the fullness of the attributes which make God God], did not think this equality with God was a thing to be eagerly grasped or retained, 7 But stripped Himself [of all privileges and rightful dignity], so as to assume the guise of a servant (slave), in that He became like men and was born a human being. 8 And after He had appeared in human form, He abased and humbled Himself [still further] and carried His obedience to the extreme of death, even the death of the cross!

1. Even in His betrayal, He heals

“But even as Jesus said this, a crowd approached, led by Judas, one of the twelve disciples. Judas walked over to Jesus to greet him with a kiss. 48But Jesus said, “Judas, would you betray the Son of Man with a kiss?” 49When the other disciples saw what was about to happen, they exclaimed, “Lord, should we fight? We brought the swords!” 50 And one of them struck at the high priest’s slave, slashing off his right ear. 51But Jesus said, “No more of this.” And he touched the man’s ear and healed him. 52Then Jesus spoke to the leading priests, the captains of the Temple guard, and the elders who had come for him. “Am I some dangerous revolutionary,” he asked, “that you come with swords and clubs to arrest me? 53Why didn’t you arrest me in the Temple? I was there every day. But this is your moment, the time when the power of darkness reigns.” 54So they arrested him and led him to the high priest’s home.” (Luke 22:47-54)

Even in the midst of his betrayal, he reached out to restore the man. This is the last recorded miracle before the cross! It echos the verse that says, “He who has ears to hear, let him hear” (Matt 11:15). Jesus wanted to physically and spiritually heal the man, which flowed out of His humility.

Think of someone who, from your perception, has betrayed you, broken your trust, hurt or offended you… Maybe this is a current feeling or issue. How can you choose humility and end up bringing healing to this situation?

2. Jesus knew who he was and served others

Now before the Feast of the Passover, when Jesus knew that his hour had come to depart out of this world to the Father, having loved his own who were in the world, he loved them to the end. 2 During supper, when the devil had already put it into the heart of Judas Iscariot, Simon’s son, to betray him, 3 Jesus, knowing that the Father had given all things into his hands, and that he had come from God and was going back to God, 4 rose from supper. He laid aside his outer garments, and taking a towel, tied it around his waist. 5 Then he poured water into a basin and began to wash the disciples’ feet and to wipe them with the towel that was wrapped around him.

So, what are the three things He understood about Himself before He assumed the role of a lowly servant?

Jesus knew who he was, why he had come and where he was going. YOU are important, and God desires for you to understand all that is available to you. Jesus’ mission is YOUR mission:

This Easter, live with greater humility and you will begin to see God bless your life and relationships in ways you never thought were possible.