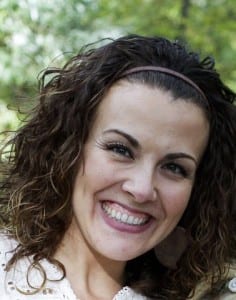 So, it’s January 27th and I’m just curious: how’s that New Year’s Resolution (or  Resolutions) going for ya?

If you’re like me, maybe you’ve come to the point in life where you just don’t make them anymore.  You say stuff like, “Pffff.  New Year’s Resolutions.  They’re overrated.”  Or, “I can’t think of anything major I’d like to change in my life or about myself or in my relationships right now, so I don’t have any” (Hey Pinocchio, your nose is growing).  Then, there’s my most favorite of lame excuses “I resolve not to make any resolutions.”

Can’t we just be honest and say that for the vast majority of us, we don’t make New Year’s Resolutions because we don’t want to fail?  After all, most of us do.  On January 1st of each New Year–whether verbalized or not–most of us acknowledge hopes and dreams and aspirations of what might be better in the year to come.  There usually is a desire for change.  But dang if that implementation isn’t a bitch (yes, I said it).  And so, in the going back to real life after the holidays we lose sight of what we had hoped for.  And, if we actually made a resolution, the sad reality starts to set in: most of us are failing (or will).  In fact, 92% of us who make New Year’s Resolutions fail.  So it kinda makes sense if you shy away from making them.  The sting of defeat usually isn’t something any of us like carrying around.

But let’s just call a spade a spade: we all have stuff we’d like to change about ourselves.  I am no exception.  And this year I’ll be darned if I don’t at least make some progress towards changing something.  I’ve got three biggies in my life this year–two things I’d like to get under control and one I’d like to accomplish.  And in an effort to help you (and me) reach our goals, I’ve been doing a little reading.  Here’s what I’ve found if we’d like to taste sweet victory:

1. Make your goal small and attainable, with realistic markers along the way.

I know, it feels a lot less enthusiastic to say, “This year I will go to one spin class a week” over “I will fit into the jeans I wore in high school” but let’s be real: the first is small.  It is easy to schedule and maintain and keep up the sticktoitiveness.  And chances are good you’ll drop that 15 pounds so you CAN fit into those jeans.  But just say, “I will drop 15 pounds this year” with no plan and the next thing you know you’re finishing your kid’s chicken nuggets, french fries, AND Frosty.  Ouch.

Back to the above example.  It’s easy to measure whether or not you went to the gym this week.  You did or you didn’t.  If your goal is large and relatively vague (losing 15 pounds), it’s hard to measure how you’re doing, with the exception of that stagnant number on the scale.

I know, Resolutions are hugely personal.  They’re about you and your world.  But consider inviting other people to the you party.  A friend of mind recently told me that if you decide to do something and then tell 10 of your closest family and friends, it creates a level of accountability that helps you stick with it.  Makes sense.  If your friends know you want to lost 15 pounds, they might invite you out to dinner at Mad Greens instead of Red Robin.  Let them help you.  Enlist your spouse for help, or even your kids.  Make it a team effort, and more people are invested in the process.  They want to see you succeed, because then they’ll feel like they had a part in that.  And who doesn’t like knowing they helped make someone else’s life just a little bit better?

Speaking of the team approach, you know, there’s no harm in getting a little counseling to give you the nudge you need to make things change for the better in your life this year.  For example, did you know the average married couple toughs it out (or tries to “fix” things themselves) for 7 years before a husband or wife reaches out for marriage counseling?  True story.  So how about instead of resolving to make things “better” on your own this year, you get the input of someone on the outside who might actually be able to help you make some lasting change?  Or how about mending fences with your brother/sister/aunt/uncle/in-laws BEFORE the holidays hit again next year?  Just a little food for thought…