“Any tears that might have threatened to fall in the midst of the word cancer hid behind the walls of Sharon’s strength, her confidence as a mother who knew that God would prepare her for His will, no matter what it was. To the center of her being, the core of everything she believed, she knew that if His will was to take Katelyn from them, she would know.

This excerpt from Katelyn Atwell’s story in my book sums it all up. Katelyn’s mother – during Katelyn’s bout with cancer, her battle with a rare condition that typically takes the life of its victims in less than 48 hours, her 3-year coma – never lost an ounce of hope because she knew in her heart of hearts that God would prepare her first. And He hadn’t.

So she trudged along through an unimaginable roller coaster ride as her daughter fought for her life. Her family relied on her strength. If she broke down, so did they. If she remained strong, so did they. Her faith in God led her through this unthinkable journey, and so did God’s messages, which were sent in the most unexpected ways. Every time Sharon even considered breaking down, someone was in the wings, ready to keep her together.

“After three months of Katelyn’s silence, Sharon left her daughter’s side to stand in front of a large prayer map that she had hung in her hospital room. She stared at the hundreds of colored tacks pushed into towns, cities, and states across the country praying for Katelyn. Ray and Sharon’s family and friends, as well as their six thousand-member church congregation, had started a prayer chain that eventually left the country and reached people in China and Australia.

“Lord, don’t leave her like this,” Sharon pleaded, eyes on the pushpins, reminders that she wasn’t alone. “Lead her home or wake her up.”

That evening, she received the comfort she was needing. Two pastors from towns two hours away drove to see Sharon and her husband, Ray, and pray over their daughter. These men had never met Katelyn; they’d only heard her story through a member of their congregation that had asked for prayer requests.

Doctors had mentioned “making arrangements” more times than Sharon and Ray could count, but they no longer listened. They were on God’s path now. When Katelyn’s body would “storm” – raise in temperature to 109, heart racing at 240 beats per minute – they never lost faith that she would recover and that her brain would be okay.

“Things will get worse before they get better,” a nurse they had never met – but who, again, had heard about Katelyn’s situation – told Sharon, and she believed. “This is what I’m supposed to tell you,” the nurse said, and again, God had spoken.

He spoke through many more, including a woman who, while dining at Wendy’s, saw Katelyn, comatose and in a wheelchair across the room, and handed Sharon a note: “Don’t worry, He is in control.”

When Katelyn woke from her coma after three years, with a mind that, after years of therapy, still worked, Sharon and Ray believed deeper than they ever had before that God truly is in control.

I would love to hear about the powerful, unexpected ways God has worked in your life. Please email me at onceuponawishbook@gmail.com 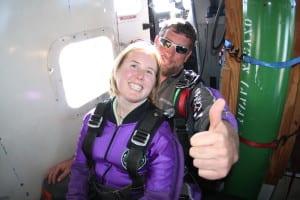 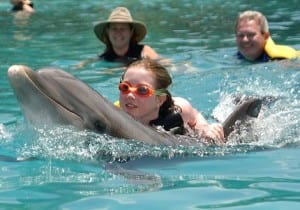