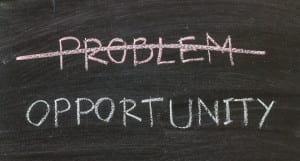 “You never know what you’ve lost, until it’s slips out of your reach.” Anonymous

A few weeks ago, a couple that I have been seeing for months of marriage counseling came in for their regular appointment. Both of them were close to tears. I could tell that something serious had happened. They gave me permission to tell their story.

They came in originally, after almost two weeks of separation, feeling hopeless about the state of their marriage. They have been married for many years and have three children. There was a lot of anger, bitterness, and resentment present when I first met this couple. After about seven weeks of counseling, the couple was regaining control over their marriage, taking responsibility for the ways that they were individually contributing to the disunity, growing spiritually, and re-prioritizing their life together. I was seeing exciting improvements, but they continued to struggle with putting each other first and reporting “stressful and disrespectful” attitudes towards each other and their kids.

That night, when they came in crying- I asked, “Is everything okay? You guys look really shaken up.” They both became very tearful and began to describe the traumatic event from a few days prior. The husband left home on Superbowl Sunday after being called out to work a late job that went well into next morning. Just before midnight, the wife received a call that her husband had been involved in a serious accident. He had hit some black ice and rolled his work truck twice off the side of the road. The driver’s side of the vehicle was crushed. The truck was filled with explosive fuel and dangerous, heavy tools that came crashing through the windshield when the truck slid off the road. Pieces of glass and rubble hit his face as the truck went crashing down the embankment. Moments before the accident, the husband just happened to had put on his safety glasses because the heat in the truck was drying out his contacts and effecting his vision. The skin on his face, around his safety glasses, was marked up from debris that flew through the window, but the only injury the man had was a minor cut on his head. When the truck stopped… he sat, upside down, in his truck and saw a bright light bouncing in front of his face. When his eyes adjusted, he saw the home screen of his phone, still attached to the charger cord, with a picture of his family illuminated, bobbing up and down in front of him. He shared that he knows and believes that God didn’t cause the accident, but that this was a wake up call, and that it was no coincidence that he was staring at a picture of his family, begging to be prioritized and appreciated. The husband cut himself out of the vehicle and scrambled up to the road where the emergency responders were struggling to find him (the On-Star feature had notified them) because the truck was far off the road and difficult to locate. The wife went to the hospital with him and stayed with him until he was released. Aside from some obvious trauma, and mental exhaustion- the man walked away from an accident that very well could have killed him. He said to me, “God is not done with me. All I can do since the accident is re-evaluate my life. How could we have spent so much time and energy fighting over such ridiculous, stupid stuff? What a waste of time.” The previous week could have been the last time I saw the man. The Superbowl game could have been the last time he spent time with his children and wife.

This couple is amazing, and since the accident, there have still been some bumpy, difficult days, but they are more united than I have ever seen them. The night of the accident, they gained an increased appreciation for and the immeasurable value of their family. The husband continues to process through the event, but is receiving God’s healing from the mental and emotional shock of the incident.

We can waste so much time and energy fighting over dishes, bills, and past mistakes. Why don’t we invest in making each day count? In Ecclesiastes 11:10, Solomon exhorts us with these words: “So, remove grief and anger from your heart and put away pain from your body, because childhood and the prime of life are fleeting.” Ephesians 5:16 says that we should, “Make the most of every opportunity, because the days are evil.” This word “evil” in the Greek is the word “ponéros” which means: “Full of labors, annoyances, hardships, and trouble that brings pain.” Make the most of every day because life is brief, and despite the troubling, annoyances of the daily grind… take advantage of the days that you have!

Could it be that you have an amazing spouse and kids and that, because you have been taking them for granted- it feels like there is distance, lack of connection, and tension?

The Enemy desires for you to elevate your needs above your spouse and to walk slowly away from the plans that God has for your life. You have an opportunity to have a phenomenal marriage filled with love, laughter, and unity. Why wouldn’t we want that?

What are some of the plan, everyday, ordinary things I take for granted? How does reminding myself of these things increase appreciation for life?

How does this appreciation change my perspective of God?

What is one thing I can do to live more intentionally today?

Is there anything in my life that I need to re-prioritize to put my spouse and family first?

*Bonus questions: What are some of the luxuries that I have as an American that people in other countries will never have access to in their life? How does realizing this shift my perspective? What will I do about it?