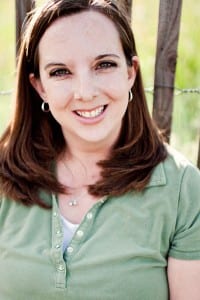 “What then is marriage for? It is for helping each other to become our future glory-selves, the new creations that God will eventually make us…Within this Christian vision for marriage, here’s what it means to fall in love.  It is to look at another person and get a glimpse of the person God is creating…”

Timothy Keller The Meaning of Marriage

After Trudi quoted her favorite marriage book in the last blog, I decided to revisit some parts of the book that were game changers in my marriage and this is one of them.  (I use “game changers” here because I am currently entrenched in the start of football season. Go Broncos!).

If you are like me, the “future glory” of my spouse was much easier to see in the beginning – especially when we first met.  My heart would race and nearly leap out of my chest in anticipation of a date. I could hardly wait for a phone call.  Everything seemed “glorious” back then – eleven years ago this week.   It was easy to see the “person God is creating,” because nearly no wrong could be done.

In eleven years of marriage, the vision has sometimes been lost – as flaws, arguments, stresses, (you can insert your own cause), have clouded it.  But what if, even in the middle of all of those clouds, we could hold on to the vision of the person God is creating? It changes the game doesn’t it?

Maybe we should pause a moment here, because maybe at this point you are thinking, “how can I see any of that because my spouse hasn’t done any of that?!”  If that is the game you are in, that is why we are here. We want to help renew the hope of the lost vision. Call, email, just reach out – we want to help!

If you are like me and occasionally lose sight of the original vision for your relationship (as well as the vision of who God is creating in your spouse) when arguments (or whatever you inserted above) get in the way, maybe this can serve as a challenge: to step up and work toward being your own “future glory” self. You know, the kind of spouse that loves, serves, and gives like Christ.  Doing so might also allow you to see past the flaws of your spouse and instead see who God is making him or her to be. This would:

Game changing, isn’t it? It is for me.